[Full Disclosure: Well, there’s nothing to disclose. I didn’t get money or any kind of kickback from RescueTime for writing this post, nor was I asked to write it. I sound like an infomercial but that’s just because I love this service and have begun to see how it connects truths about my work life with truths about my life in general.]

One of the few web services I actually pay for is RescueTime. RescueTime tracks how you spend your time on your computer and mobile devices by logging each window/app you have open and how much time you spend in it. (Just the window/file itself, not what it contains.) Then it compiles all that data to show you how much time you’re wasting, and how much time you’re spending productively.* First I’ll talk about why I think it’s useful in general, and then I’ll talk about a couple of personal insights it’s led me to.

I have recommended RescueTime to a lot of people. A few of them have seemed interested, but most react in horror at the prospect of using such a service for themselves. “I can’t imagine having that,” they say. “I don’t want to know how much time I waste!” But the idea isn’t quite as Big Brother-ish as it seems at first. Most importantly, you are in control of what RT considers “productive” or “distracting” and you’re also in control of when it’s monitoring you. (For instance, if you are a marketer, you might tell it to consider time spent on Facebook “very productive,” while for most of us, it’s “very distracting.”) You can also have it monitor you 24/7, Mon-Fri 6am-8pm, or whatever time frame you choose. (I think this latter option is only available to premium subscribers, though.)

But also remember that the thing that’s motivating you here is not RescueTime, it’s you. RescueTime is not a person; it does not judge you, it just aggregates data you provide. It shows you how you spend your time, but it doesn’t hold a gun to your head and force you to have a big guilt trip about it. In fact, RT can give you a more objective perspective on things that once might have inclined you to feel guilty. For instance, before RescueTime, you might have felt that you spent too much time on Facebook because you check it so often, and then after you installed it, you realize that you only spend a grand total of about 30 minutes a day on Facebook and it just feels like much more time because you’re checking it often. You may then decided that 30 minutes is an acceptable amount of time to be spending on Facebook each day, and cease to worry about it.

Furthermore, RescueTime also shows you how much time you’ve spent doing productive things, which makes you feel awesome. I personally find that RT is much more of a carrot than a stick. I love seeing big swaths of blue (which stand for productive time) on my dashboard. The last great thing about RT is that it allows you to see how much time it takes to complete a project.  For instance, if I’m grading a batch of papers, I don’t often work on my own stuff at the same time. Therefore, I can track how much I use MS Word during grading week to see if it takes longer than I’d planned to grade, or if I can afford to slow down and give each paper a little more attention.

I’ve been using RescueTime  for over two years  and have been a premium subscriber for most of this time. The most valuable thing about the paid service is that it allows you to enter time you’ve spent away from your computer. Thus, I use RT not just to track how I spend time on my computer, but how much time I spend doing my Buddhist practice, in meetings, drawing, and doing gardening/housework. Whether or not most people would consider all of these “productive” activities is beside the point. I know they are productive for me. This way RT gives me a better picture overall of how I’m spending my days.

END_OF_DOCUMENT_TOKEN_TO_BE_REPLACED 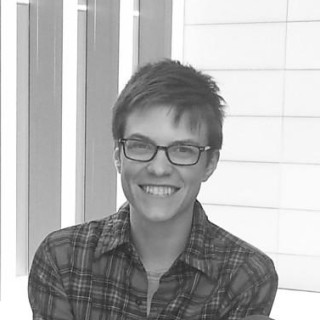 I'm an environmentalist looking to make it my full time job. And I've got a Ph.D. in British literature from the University of Michigan. I'm also a birdwatcher, book lover, cat lover, David Bowie lover, poetry lover, vegan food lover...OK. I love a lot of things.